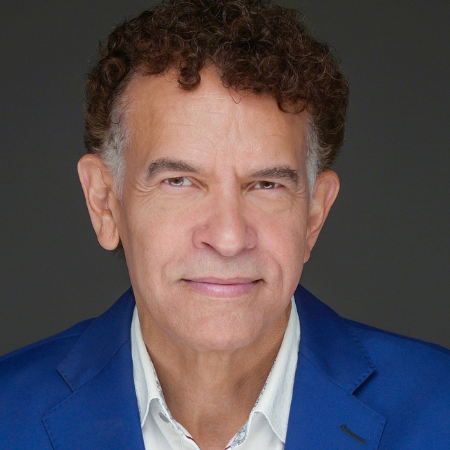 A powerful baritone, Brian Stokes Mitchell has been one of the central leading men of Broadway theatre since the 1990s.  He won the Tony Award for Best Actor in a Musical in 2000 for his performance in Kiss Me, Kate.  Dubbed “the last leading man” by The New York Times, Brian Stokes Mitchell has enjoyed a career that spans Broadway, television, film, and concert appearances with the country’s finest conductors and orchestras.

He also gave Tony-nominated performances in Man of La Mancha, August Wilson’s King Hedley II, and Ragtime.  Other notable Broadway shows include Kiss of the Spider Woman, Jelly’s Last Jam, Women on the Verge of a Nervous Breakdown, and Shuffle Along.

and by Shelley & Paul Lindenauer