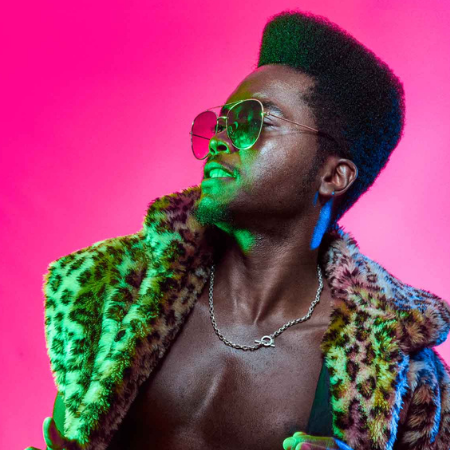 The question is not what is Cimafunk…but rather who is Cimafunk. The hottest emerging artist in Latin music, Cimafunk is the physical embodiment of Cimarron, a free being denying social classification, a pilgrim in search of new musical marriages and its reunion with Black music. A singer, composer, and producer, Cimafunk seamlessly whips a bold mix of funk, Cubano heritage, and African rhythms into a fiery frenzy. Cimafunk was featured as part of NPR’s Tiny Desk Series in 2020, and has been hailed by The New Yorker, Billboard, and critics as the leading artist currently revolutionizing Cuba’s music scene. His electric live performances are quickly becoming the stuff of legend – now is your chance to see Cimafunk before he takes the world by storm.