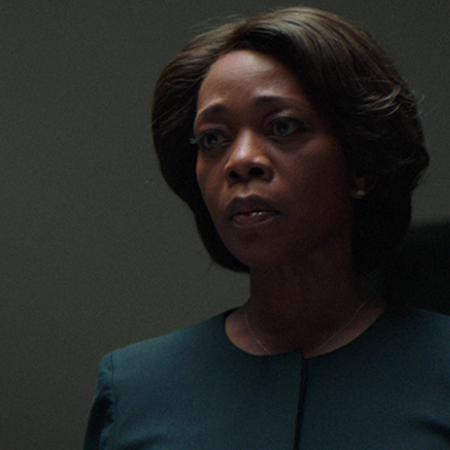 Years of carrying out death row executions have taken a toll on prison warden Bernadine Williams. As she prepares to execute another inmate, Bernadine must confront the psychological and emotional demons her job creates, ultimately connecting her to the man she is sanctioned to kill.

“The real question isn’t whether this person or that person will be executed, but whether Bernardine will go to pieces, and yet with a performance like Woodard’s at the center, that’s all a movie needs.”  – San Francisco Chronicle

“Much of ‘Clemency’ is told through the facial expressions of Woodard, an actor of the highest calibre who knows the most powerful stories are often the ones that need the fewest words to tell.” – Toronto Star