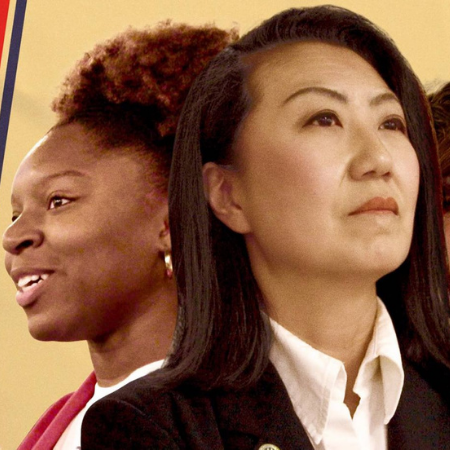 Equal parts personal and political, REPRESENT follows three women on both sides of the aisle who share the singular goal of improving their community through public service. Myya attempts to spark a youth movement and unseat the incumbent mayor of Detroit; Bryn, a farmer and working mother in Granville, OH, runs for township trustee; and Julie walks a tightrope between her identities as a Korean immigrant and Republican candidate for State Representative in a liberal Chicago suburb of Evanston, Ill., who faces long odds against a popular Democratic incumbent.