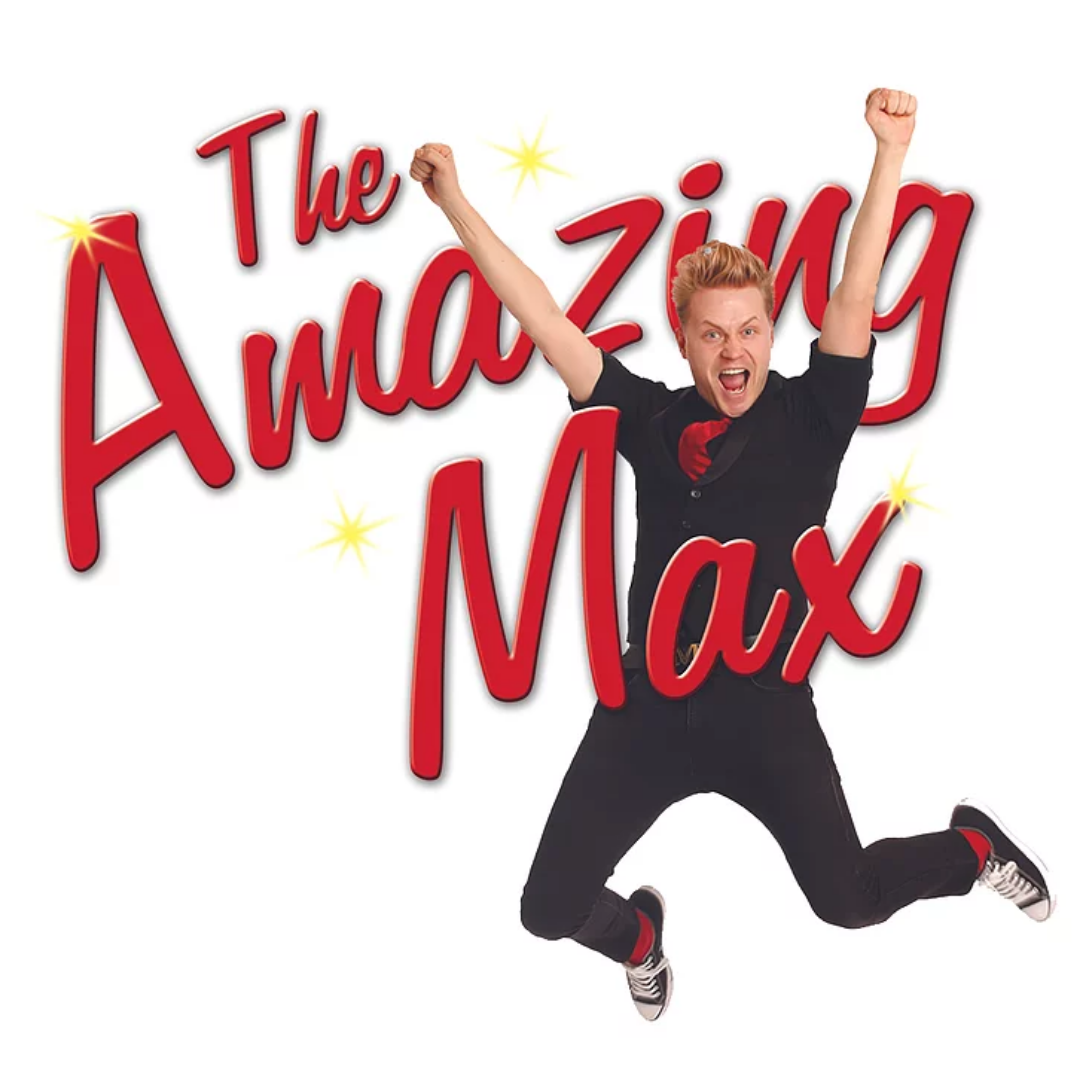 What’s truly amazing as magician Max Darwin works miracles during the show is not only what happens on stage but also what happens in the audience. The enchanted look that spreads across the faces of his young (and not-so-young) fans is hands down astounding. Max conjures a custom experience that young ones will carry with them long after the show ends.

When Max Darwin was a baby he was thrust onto the stage by his street-performer parents.  He has been a featured artist on Season 3 & 4 of the National Geographic Channel’s hit TV series “Brian Games” and magic consultant for “Gotham” (FOX), “Blindspot” (NBC) and “America’s Got Talent” (NBC).  His solo show, The Amazing Max, has played Off Broadway, toured over the world, and received rave reviews from The New York Times, Huffington Post, and PBS Kids.

As an actor TV credits include “Sneaky Pete” (Amazon), “FBI” (CBS), “Girls” (HBO), “The Blacklist” (NBC), “Black Box” (ABC), “Blindspot” (NBC), and as host of the Nickelodeon show “Game Farm”.  He was featured alongside Snapchat king DJ Khaled for a T-Mobile commercial.

In the Covid world Max has stepped onto a virtual stage.  Since March 2020, Max has led over 1,000 virtual magic experiences, using Zoom and multiple streaming platforms to connect all over the U.S. and all over the world including Canada, Mexico, Finland, Kuwait, Hong Kong, New Zealand, and Australia.