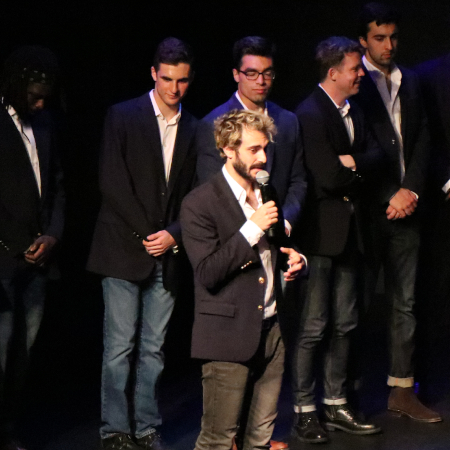 Live streamed here at this page on September 5th at 8pm – submit email address (or click Skip to Video) to watch!

The Duke University Pitchforks were the first all-male a cappella group founded on campus in 1979. Over the years, The Pitchforks have performed everywhere – from dorm rooms to stadiums to sports arenas. They have sung the National Anthem at Chicago Bulls and Duke University games, held an audience for the Queen of Jordan, and even opened for acclaimed artists Ben Folds and The Band Perry. For the past nine years, The Pitchforks have performed at Westhampton Beach Performing Arts Center each summer in a show that reunites current members as well as alumni – blends new material and old – to create a super-group of singers with hits for all ages. And this year will be no exception.

As performers are always innovators, The Pitchforks have adapted their landmark 10-year celebration performance into a show like you’ve never seen before! In true 2020 fashion, The Pitchforks will livestream their performance from the famed WHBPAC Mainstage on September 5th at 8pm. While they may not be greeting you at the theatre, The Duke Pitchforks continue their partnership with WHBPAC and look forward to seeing you for The Duke Pitchforks Summer Stream sponsored by Westhampton’s very own Ocean Spray Pools and Spas.