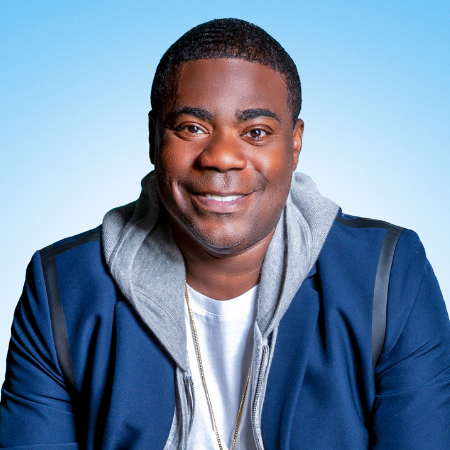 Tracy Morgan is one of the most well-respected comedians in his field, known for his roles across seven seasons of 30 Rock, where he received a Supporting Actor Emmy Nomination, and Saturday Night Live, which earned him an Emmy nod for Outstanding Guest Actor. He can most recently be seen in season four of TBS’s The Last O.G. which he executive produces and stars in. Morgan recently appeared in Amazon’s Coming 2 America alongside Eddie Murphy, Arsenio Hall, Jermaine Fowler, which was released in March 2021 and Warner Brothers animated movie Scoob! which was released on PVOD on May 14th, 2020. He has had standup specials for Netflix, HBO and Comedy Central. In 2009, he released his first book, I Am The New Black, a compilation of anecdotes and serious moments that shaped him and his career. He has also had memorable voiceovers in G-Force, Rio and Rio 2 and the Oscar-nominated Boxtrolls. Additional film credits include The Longest Yard alongside Adam Sandler, Jay and Silent Bob Strike Back, Head of State, Son of No One, Why Stop Now and Fist Fight. Ages 18+