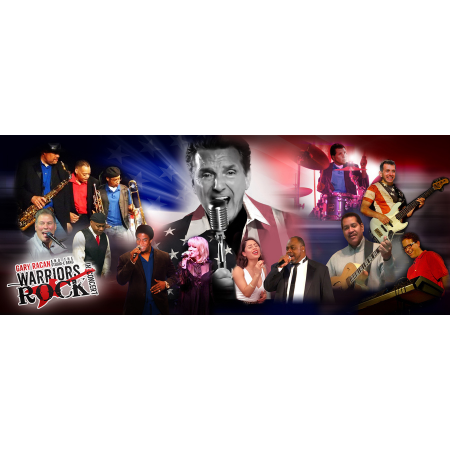 WARRIORS ROCK  is a fabulous musical tribute to Veterans that has been performed nationally and we are thrilled to present it back here, at the WHBPAC!. It is a renewal of patriotism and an enjoyable night of music, with music performed by Founder of WARRIORS ROCK and former lead singer of the Vogues:  Gary Racan & his studio e band.  The concert will feature local Veterans who are the rock stars of the night! It is a well-produced show that presents pre-recorded interviews of the featured Veterans shown on the backdrop of the stage/screen throughout the concert.  Each interview ends with he or she is stating, “the song that reminds them of home when they were deployed” and the band kicks into that song. The evening ends with all the Veterans & active Military in the audience being brought to the front and honoring them with God Bless the USA. It is a respectable and well-deserved tribute for the people we should be honoring in this country.