You Will Die At Twenty 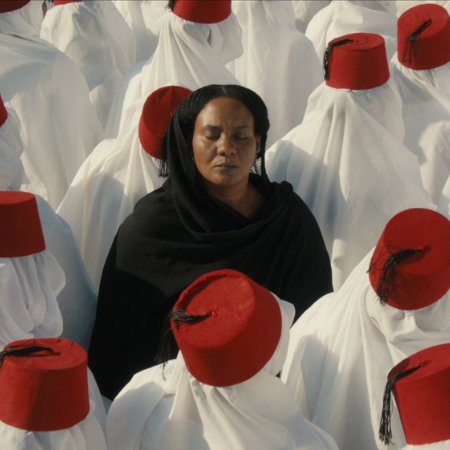 Winner of the Lion of the Future Award for best Debut Feature at the Venice Film Festival, YOU WILL DIE AT TWENTY is visually sumptuous “coming-of-death” fable. During her son’s naming ceremony, a Sheikh predicts that Sakina’s child will die at the age of 20. Haunted by this prophecy, Sakina becomes overly protective of her son Muzamil, who grows up knowing about his fate. As Muzamil escapes Sakina’s ever-watchful eye, he encounters friends, ideas and challenges that make him question his destiny. Sudan’s first Oscar submission, YOU WILL DIE AT TWENTY is an auspicious debut and a moving meditation on what it means to live in the present.

“The visual assurance of “You Will Die at Twenty” is the most immediately notable element of Sudanese director Amjad Abu Alala’s accomplished feature debut. Beautifully composed and boasting the kind of sensitivity to light sources and color tonalities usually ascribed to top photographers, the film lovingly depicts the remote east-central region of Sudan as a quasi-magical place of sand, sky and the colors of the Nile. ” Variety

For the discounted price of $30, you will be able to access four international films (Blizzard of Souls, My Little Sister, You Will Die at Twenty, True Mothers) and will receive a reminder email when titles become available.