Julienne Penza-Boone has been with WHBPAC’s Arts Academy since 2008. During her tenure, she has directed several productions for children, teens and senior citizens and has worked with hundreds of children as a Teaching Artist. Before coming to Westhampton Beach, Julienne served as a Teaching Artist and Education Assistant for Trinity Repertory Company (a Tony-award winning regional theatre in Providence) and the Rhode Island State Council on the Arts. She is also an accomplished actress – some notable roles include Catherine in Proof, Catherine in The Foreigner and Jessica in This is Our Youth. Julienne holds an MFA in Performance and Society from Rhode Island College and a BA in Theatre from Boston College.

Marissa Russo is the Arts Education Manager at WHBPAC and is honored to be working with amazing students of all ages! Marissa is a graduate of Mattituck High School, where she reinstated the musical theatre program and won a Teeny Award for her efforts. She is a recent graduate of Marist College where she studied English, Education, and Theatre and served as the Vice President of the Marist College Club of Theatre Arts and the President of the National Theatre Honor Society. Some favorite past productions as a performer include Godspell, Our Town, Legally Blonde, and The Wedding Singer. Marissa is so fortunate to spend her days doing exactly what she loves most-sharing theatre with others! One of her proudest accomplishments is being an alumna of the Arts Education Program!

Michael Drozd (Music, Dance) is a graduate of the Aaron Copland School of Music at Queens College where he studied Vocal Performance. With the help of his classmates, he founded the school’s Musical Theater Organization, a group that puts on showcases to help raise money for student-run musicals. He is an aspiring performer and has been in multiple productions since grade school, his favorites being South Pacific, Legally Blonde, The Wedding Singer, Once Upon A Mattress, and Mame. From community theater to one-man shows in his car, Michael has a passion for musical theater and loves sharing this passion with students.

Carolann DiPirro (Theatre) A WHB local, Carolann is delighted to be back home after 8 years in NYC and 15 years in LA. She has worked as a professional actor for over 30 years, with credits that include the TV shows Saturday Night Live for 5 seasons, American Dreams and The Sopranos, the films The Confession and The Last Shot, both with fellow Long Islander Alec Baldwin, and numerous stage productions in NY, LA, London and at Regional theaters, including the all women’s sketch comedy troupe’s Broad Comedy runs at Caroline’s Comedy Club (NY), The Acme Theatre (LA), The Assembly Rooms (Edinburgh, Scotland) and The Stuart Street Playhouse (Boston). She directed for the YAWP Program this spring and regularly takes part in projects, readings, and the Summer Writing Series with Southampton Stony Brook’s directing and writing programs. Carolann heads DiPirro Tutoring & Test Prep with students on both coasts, and is a graduate of Swarthmore College, American Conservatory Theatre, and the British American Drama Academy. She, her husband, and son are eco-renovating their new old home in Westhampton. You can visit her at CarolannDiPirro.com.

Justin Harris (Musical Theatre) is a Long Island native actor/performer, teaching artist, and graduate from Brown University with a degree in Neuroscience.  In addition to his rigorous journey through academia, Justin has also trained in theatre, music (voice/trumpet), dance, and writing in all of their various forms. Since graduation, Justin has worked with multiple theatre organizations such as A Class Act NY (teaching artist) and Oregon Shakespeare Festival as a program management assistant and in audience development. While at OSF, Justin also assistant coordinated the Consortium of Asian American Theaters and Artists’ 5th National Asian American Theater Conference and Festival as well as performed in several staged readings. In 2014, Justin performed at American Repertory Theater’s Oberon in a production of Welcome To Arroyo’s as Officer Derek Jeter.  Other favorite credits include Cabaret (Emcee), Water By The Spoonful (Chutes&Ladders), Spring Awakening (Adult Men), and Seussical the Musical (Horton). Justin is thrilled to be working with the wonderful students and incredible faculty at WHBPAC, supporting the local communities that have bolstered his artistic desires from a very young age. 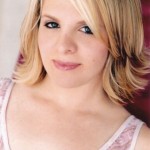 Jenna Mate (Musical Theatre, Voice) is thrilled to be working with students at WHBPAC. She is a director, actor, and performing arts educator who moved to the Hamptons from Los Angeles, where she designed and developed a unique performing arts program for a private school. She has worked with numerous children’s theaters both as a director and vocal coach, and she’s committed to fostering creativity, individuality, and confidence in young artists. Jenna holds a BFA in drama from Syracuse University, a Masters in Theatre Education from the University of Houston, and an MFA in Directing from Stony Brook University. She has trained with Lincoln Center Theatre Group, Steppenwolf, and RADA.  Recent directing credits include Once On This Island, Pippin, Carousel, and Defying Gravity. Her original musical Eco premiered in a  concert reading at the John Drew Theater at Guild Hall this March. She is also a voice and acting coach, who is available for private sessions.

Kristen Poulakis (Musical Theatre, Voice) Kristen’s passion for music, musical theatre and dance began at a very early age. Kristen was recognized for her vocal talent when she auditioned and was accepted to the New England Conservatory Prepatory Program in Boston during her high school years. Knowing she wanted to continue studying music and pursue her new found love for music therapy, Kristen attended The Boston Conservatory, Berklee College of Music, and Naropa University in Colorado. Kristen ultimately graduated with a degree in Vocal Performance/Music Therapy. Kristen began her Long Island career in 2004 as a dance instructor at the Dance Centre in Westhampton and Manorville. She helped found, run and direct musical theatre companies: ACT Out East and East End Children’s Theatre Company at the Vail Leavitt Music Hall. Kristen also teaches private voice lessons locally, helping many students with their pursuit in going to music/musical theatre colleges. She is also a proud mother of two children. Kristen is thrilled to be joining the talented team here at the Westhampton Beach Performing Arts Center!