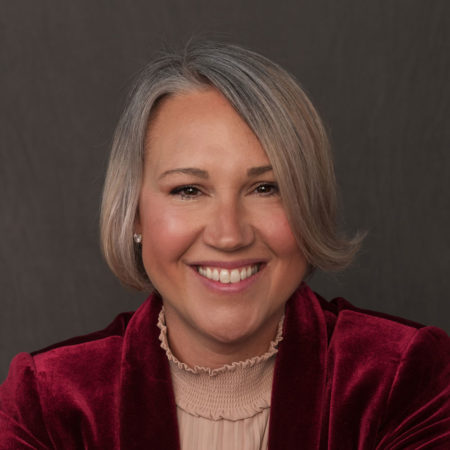 Kristen is proud to say she began her journey here at the WHBPAC in 2014 as a teaching artist and has had the great opportunity of directing/music directing several shows for the Arts Academy throughout those years. Kristen has been a vocal coach, piano instructor and song writing advocate here on Long Island for over 14 years. She had also taught all styles of dance at the Dance Centre of the Hamptons for several years. Kristen co-owned/directed two musical theatre companies, ACT Out East as well as East End Children’s Theatre company at the Vail Leavitt Music Hall. Kristen’s formal training in dance and voice began in Boston where she grew up as well as at the Broadway Dance Centre in Manhattan. She attended the prestigious colleges, The Boston Conservatory of Music as well as The Berklee School of Music but ultimately obtained her bachelor’s degree from the buddhist based college, Naropa University, in Boulder Colorado. She has a degree in Vocal Performance and Music Therapy. Kristen loves that she is able to help develop confidence, foster talent and instill the love of the arts to students of all ages. 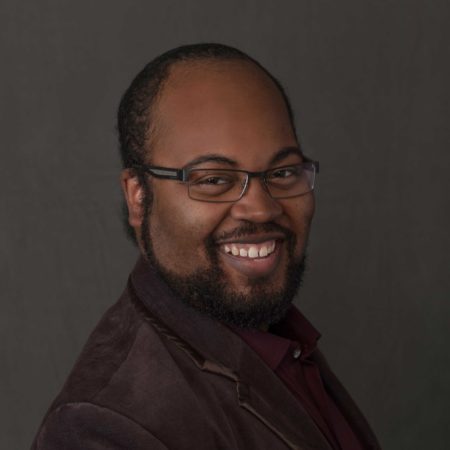 Justin is an East End performer, director, writer, stage manager, et al. He is also a masterful teaching artist working with actors from Manhattan to Montauk and of course the beloved North Fork with organizations such as A Class Act NY and Hamptons Shakespeare Festival. In addition to his extensive performance resume, Justin is a graduate of Brown University in neuroscience as a J. Saunders Redding 1928 Scholar. While attending Brown, Justin also studied acting, directing and technical theatre, music, and various dance styles. Notable performance experiences include mariachi band Mariachi de Brown (trumpet, which he has played for 14 years), a capella group – The Bear Necessities (Visions album currently on music streaming services), and Divine Rhythm step dance team. Justin took a brief hiatus from WHBPAC and served as FAIR program management assistant as well as in the department of audience development in Ashland, Oregon with Oregon Shakespeare Festival (OSF). At OSF, he performed in several readings including Holly Yasui’s biographical play “Citizen Min” based on the life of her father, Presidential Medal of Freedom recipient, Minoru Yasui and the Every 28 Hours play project. OSF granted Justin the opportunity to work alongside numerous theatrical professionals and co-coordinate the 5th National Asian American Theaters and Artists ConFest developed by the Consortium of Asian American Theaters and Artists. Most recently Justin directed in All The World Wide Web’s A Stage’s SPEAK UP Festival and directed and choreographed the Long Island Premiere of Steve Martin and Edie Brickell’s musical Bright Star. Justin is dedicated to the art of storytelling in all forms and the healing and inspirational justice that theatre permits for actor, artist, and audience. Some of Justin’s favorite acting credits include Officer Derek Jeter (Welcome To Arroyo’s) at American Repertory Theater, Emcee (Cabaret), Chutes&Ladders (Water By The Spoonful), and several Shakespearean characters – Othello, Brutus, Bottom, and Lucio. 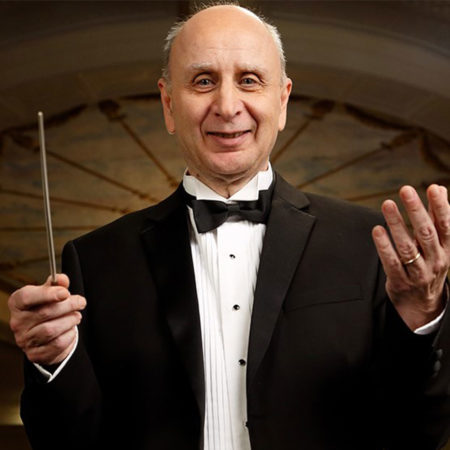 Peter holds a Ph.D. in the field of Neuromusicology, where he examined issues involved in how the brain processes music, memory, and language. He has been involved in Education for the last 49 years as a teacher, administrator and lecturer at Stony Brook University. Dr. Pece is a professional musician who has performed for many years in that capacity. At Gateway Playhouse in Bellport, he has been musical director of their Children’s Theater since 1993 and has musically directed mainstage productions of Beauty and the Beast, My Fair Lady and The Rat Pack is Back. Peter has performed at Lincoln Center as well as having arranged and performed musical revues for former President Bush (41) and former Prime Minister, Margaret Thatcher. At Stony Brook, Dr. Pece teaches classes on diverse topics such as; music and neurologic function, the pre-adolescent/educational methods and a course on the Foundations of Education entitled Effective Professional Thinking. In May, 2019 he was awarded the prestigious Bentley Glass-Mortimer Kreuter Excellence in Teaching award from Stony Brook Universities School of Professional Development. Peter is also the musical director and arranger for “Courting the Jester: A Salute to Danny Kaye” and “That’s Amore: A Musical Salute to Harry Warren.” Other highlights as musical director include Big River, Man of La Mancha, Diamonds and The Boys from Syracuse among many others. He has been a consultant and teaching/artist with the Creative Aging Project at the Westhampton Beach Performing Arts Center for nine years and has worked out of St. Charles Hospital and Southampton Hospital where he accompanied their Therapeutic Chorus for patients who have Parkinson’s Disease. Peter is also a composer of neoclassical/cinematic music and has released his first album “The Breath of Shadow” with Wildwood Productions LLC which can be found on all major platforms. 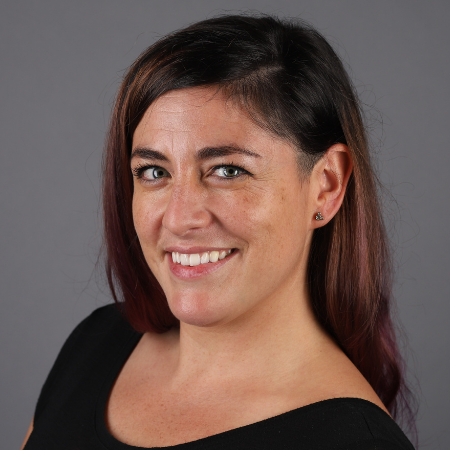 Anita Boyer has been a dancer for over 20 years and currently studies tap under Aaron Tolson. She is the co-founder, producer and director of Our Fabulous Variety Show. She is a dance teacher and leader of the Tap Army competition team at dancehampton in Easthampton and has been the choreographer for high school musical productions at Southold, Southampton, Longwood, Bridgehampton, and Shoreham Wading River high schools. Anita Boyer has been teaching dance on the east end of Long Island for the past 10 years. She is an award winning choreographer and her competition choreography has won platinum and diamond and top rankings at area competitions. She trained at Opus Dance studio in Ashland, Ohio and was a founding member of their Tap Company. She has trained at Broadway Dance Center, Steps and FlamencoVivo in NYC in classes with Michelle Dorrance, Dormeshia, Lady Diane Walker, Nicholas Van Young and Derick Grant. She currently trains with her mentor Aaron Tolson who was in Riverdance and has performed and taught around the world. She brings technique, history and stories from these classes to her own workshops to spread the joy and history of tap with her students. 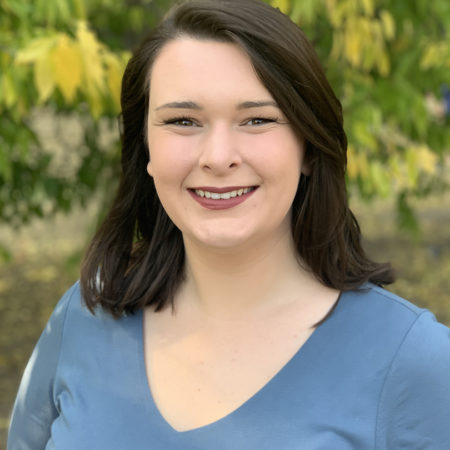 As a voice teacher and performer, Alexandra Fee’s talents and knowledge spread across a wide variety of musical genres, making her accessible for all students while her understanding of healthy vocal technique leads to long term success.  Alexandra has recently graduated from the University of Toronto with her Masters in Music in Opera Performance where she strongly focused on teaching voice and creating community engagement music programming.  Her journey to Toronto was preceded by a Bachelors of Music in Vocal Performance from East Carolina University, where she was one of the founding members of ECU’s chapter of the budding nonprofit called Musical Empowerment.  This college-led mentorship program provides free one-on-one music lessons to local K-12 students who do not have the financial means to afford them and embodies the spirit that everyone should have access to music.  Along with her studies and performances, she volunteered with the Canadian Opera Company’s Education and Outreach Program to help with their Opera for Young Audiences production of Humperdinck’s Hansel & Gretel and is looking forward to bringing her knowledge from these experiences to Westhampton Beach. Alexandra Fee’s main focus is to help everyone feel confident about their musical abilities and believes that her own performance history can be a great resource in her teaching.  Her recent operatic performances include roles such as Julia Child in Lee Hoiby’s Bon Appétit!, Cherubino in Mozart’s Le nozze di Figaro, Ottavia in Monteverdi’s L’incoronazione di Poppea, Mother Marie of the Incarnation in Poulenc’s Dialogues of the Carmelites, Cecilia March in Adamo’s Little Women, and Mrs. McLean in Floyd’s Susannah.  Her musical and operetta engagements include performing as Countess Charlotte Malcolm in Sondheim’s A Little Night Music and the title role in Gilbert and Sullivan’s Iolanthe.  Besides her work on stage, Alexandra is well trained in the acting methods of Konstantin Stanislavski, Uta Hagen, and Stella Adler. Along with her stage work, Alexandra has sung as a member of the North Carolina Opera Chorus for Saint-Saëns’s Samson and Delilah.  She has performed as the mezzo-soprano soloist for Greenville Choral Society’s performance of Michael Haydn’s Requiem in C minor and for the First Presbyterian Church’s annual “Lessons and Carols” in Washington, North Carolina.  She has received high honors in the National Association of Teachers of Singing National Competition and the Classical Singer Magazine Vocal Competition. 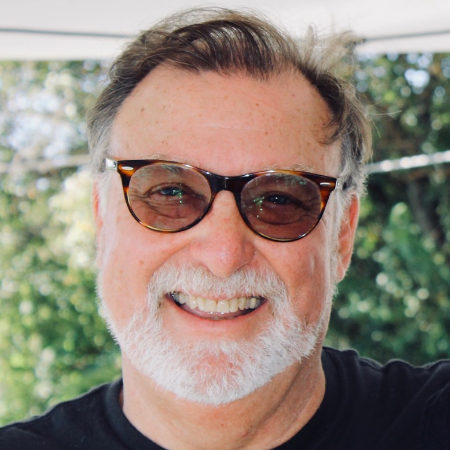 Currently recording his third solo album, Cinema with Grammy winning producer Cynthia Daniels, singer-songwriter Fred Raimondo has been writing songs for well over 30 years. He is a regular performer at many of the Island’s musical venues including clubs such as the Stephen Talkhouse, 89 North and 230 Down as well as performing at many songwriter showcases and house concerts. Fred is also working on a stage production of Stories From The Dark Heart Tavern with Director and actor, Greta Quezada. His 2014 release Stories From The Dark Heart Tavern made a number of top 10 lists, notably top 10 of 2014 by No Depression a leading site on Americana and Roots music as well as being selected as one of the top 5 albums of 2014 by WPPB’s Bonnie Grice. Produced by Fred, Pete Kennedy and Caroline Doctorow, Stories From The Dark Heart Tavern is a collection of songs that captures the feelings, stories and music of the people who frequent The Dark Heart Tavern, a place found in every American town and city. In December 2017 Fred released his second solo album Little Flower with Caroline Doctorow and Pete Kennedy again co-producing. Fred has performed at clubs and colleges throughout the Northeast and his songs have been played on national, local and international radio and internet music programs. Stories From The Dark Heart Tavern was in the top 25 Folk album charts in 2014 and Little Flower did the same in 2018. As a member of the original acoustic trio Damaged Goods, Fred shared the stage with acts as iconic and diverse as Jorma Kaukonen, Taj Mahal, Rick Danko, Maria Muldar, Joe Ely, Suzanne Vega, Roger McGuinn, Donovan, Aztec Two Step and The Marshal Tucker Band. He still regularly performers with Damaged Goods and the cosmic surf band The Woodworkers. He has been a frequent featured artist at Sag Harbor’s Songwriters Share, The Homegrown Music Cafe,Underground Sound at 230 Down, Nancy Atlas’ Songwriters In The Round, Original Voices at The Vail, and Cynthia Daniel’s Crossroads. 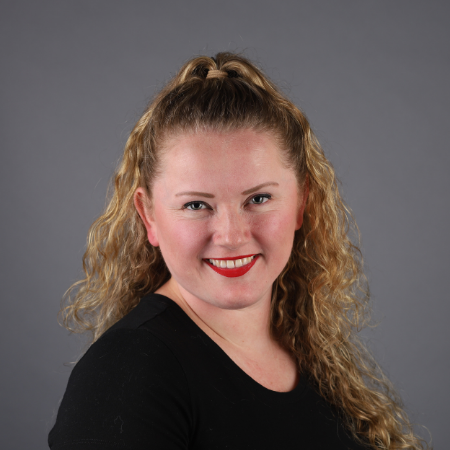 Kasia Klimiuk is a New York-based arts educator, director and performer. She received her MA in Applied Theatre from the City University of New York as well as her NY State Certification in Theatre K-12 at the City College of New York. Kasia has been performing in various mediums for over 25 years, as an improviser, actor, dancer, and singer. Over the last ten years, she has been working as a director and producer with her own theatre company, Our Fabulous Variety Show (OFVS), which she co-founded with Anita Boyer in October 2010. The company has produced over 26 theatrical productions and small showcases throughout the eastern end of Long Island since its inception, with both Kasia’s direction and playbuilding expertise, and provides inclusive and accessible arts programming at their new studio space, “OFVS at Shine” in Bridgehampton. She is the Teeny Awards Coordinator for East End Arts, which is also known as the Tony Awards for eastern Long Island high school theatre. She is also a teaching artist with New York City Children’s Theater, Marquis Studios, Bay Street, Shine, and the WHBPAC. She has a great deal of experience devising original work, teaching basic acting skills, and facilitating theatre programs for young people from ages 4 to 18 as well as with adults. She believes theatre has the power to transform and transcend into all aspects of our lives and loves using it as a tool to express, enlighten and activate.