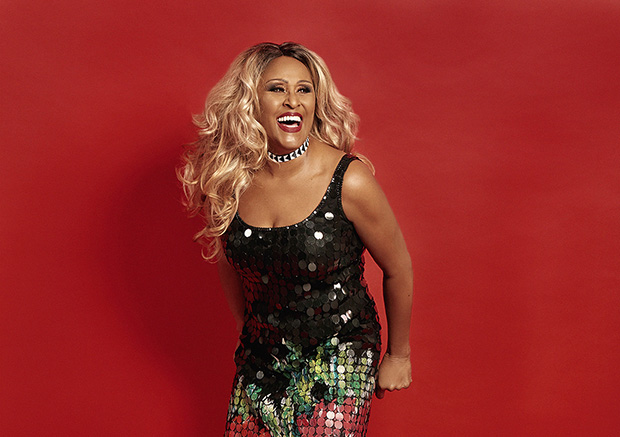 She’s been called a “national treasure.” She’s been inducted into the Rock & Roll Hall of Fame. She’s appeared in all four Lethal Weapon movies, and the new Christmas Chronicles 2 with Kurt Russell She’s sung with everyone under the sun. She’s recorded (and sung thousands of times) what is arguably the most popular pop Christmas song of all time, “Christmas (Baby, Please Come Home).”

Darlene Love is a singer’s singer. Her dynamic voice is instantly recognizable, although it is often compared to Aretha Franklin’s: big, brassy, and utterly confident. She’s not just someone who wants to sing to you, she wants to blow you away.

At the age of 80, Darlene can still do that. Her voice is indelibly linked with the era of the great girl groups of the 1960s – not only The Supremes, Martha & The Vandellas, and The Marvelettes, and The Shangri-Las, but most especially the Phil Spector-produced stable of songsters: The Crystals, The Ronettes, The Shirelles. Darlene Love singing “I met him on a Sunday and my heart stood still” at the beginning of “Da Do Ron Ron” with The Crystals is a moment that radiates the joy of Young Love and that hope for the Perfect Love that infused so much pop of the era, especially the R&B and girl groups. The passion evoked was infectious. Even Bruce Springsteen learned something from that.

That’s also her on the Crystals classic “He’s a Rebel.” But even without The Crystals, she was a hitmaker. As a member of Bobb B. Soxx and The Blue Jeans, she had a smash with a poppified, Spector-produced version of “Zip-a-Dee-Doo-Dah.” On her own, she sang the archetypal hit, “(Today I Met) The Boy I’m Going to Marry.”

It’s been said that Spector could create hits with average singers by wrapping their voices in layers of his distinctive Wall-of-Sound production. That’s true as far as it goes; the impact of those classic records was in the symphonic bombast of the studio as much as in the voices delivering the lyrics, and still resonates today. The critic Greil Marcus said memorably that Springsteen’s Born to Run sounded “like a ’57 Chevy running on melted-down Crystals records.”

But Darlene Love didn’t need the world’s most elaborate production. Spector’s heyday as a producer waned. So she took her booming voice into cabarets, theaters, and Broadway while amassing credits as an in-demand session vocalist and appearing on numerous soundtracks. Darlene Love remains as current and vital as ever.

There is a passage in Greil Marcus’ essay on The Girl Groups in The Rolling Stone Illustrated History of Rock ‘n’ Roll that encapsulates the allure of the girl-group era and Darlene Love’s role in it:

[To] sum it all up, one record will do: Phil Spector’s “A Fine Fine Boy,” a Darlene Love single that barely scraped the charts in 1963. It is overwhelming. Its momentum is unbreakable, the backup singing full of delight and wisdom and humor, and the vocal is – well, it is that utopia of feeling. It is Darlene telling us about her fine, fine boy. She’s full of pride; most of girl-group rock music is music of pain and longing, of pining away, but there isn’t a hint of that here. Darlene has what she wants and she knows what he’s worth – after ten seconds, so do you, and you’ll never forget it. Church bells ring (that’s not a metaphor; they do) and the whole disc seems to physically jump. It never stops. And the message? What does girl-group rock say? What does it come down to? What is its mystery of life? “He even takes me places and buys me things./But love is more important than a diamond ring.”

Darlene Love is a living link to that era when puppy love ruled the charts. But she’s much more, and when she belts out “Christmas (Baby Please Come Home)” one more time, you’ll know.