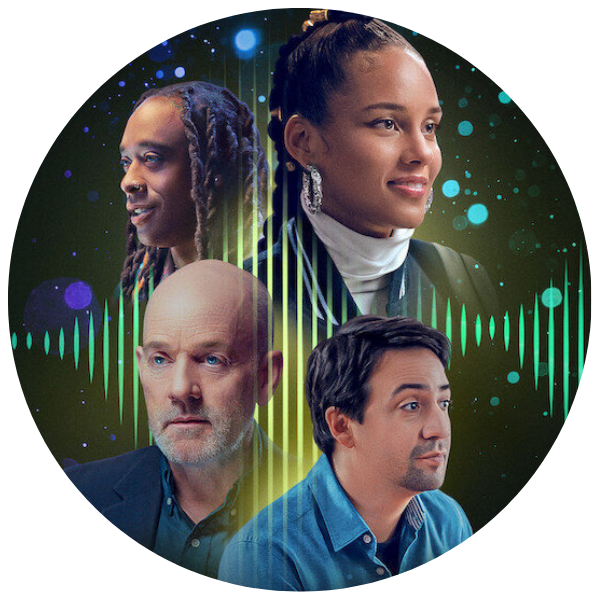 We just couldn’t resist another round of music documentaries! Dissect the anatomy of your favorite songs with the Netflix series Song Exploder (based on the podcast series of the same name), or see how music unlocks memories for dementia patients. Explore with us previously unknown genres and musicians, or relive a favorite live recording from 1972.

Weaves together in-depth interviews, archival footage, and raw recordings as each artist breaks down their song, layer by layer, sharing intimate insight into the personal inspiration behind the music and lyrics.

Be sure to check out the original podcast series!

Social worker Dan Cohen, through his nonprofit organization Music and Memory, advocates for the use of music therapy for dementia patients.

BLACKPINK:
Light Up The Sky

When four unique voices and backgrounds converged, BLACKPINK was born. Together, they’re leading a pop revolution.

“The K-pop phenomenon may still feel new to some consumers (it’s not), but if nothing else, Suh’s film handily does away with the sense that these superstars are simply part of a pre-packaged cultural machine.” indieWire

The Music of Strangers: Yo-Yo Ma and the Silk Road Ensemble

The Grammy-nominated documentary The Music of Strangers, follows members of the Ensemble as they gather in locations across the world, exploring the ways art can both preserve traditions and shape cultural evolution.

“As one musician says, a piece of music can’t stop a bullet. But this engaging film is a vote for culture, a vote against xenophobia.” The Australian

Creating a unique mix of punk, emo and trap, Lil Peep is set to bring a new musical genre to the mainstream when he dies of a drug overdose at just 21 years old.

“…an engaging account of Peep’s life and the alt-music scene.” New York Times

“The work as it stands now has considerable merit as a document recorded during a watershed period of the American civil rights movement. As a concert film, it’s elevated by Franklin’s powerhouse three-octave range and soulful phrasing.” Chicago Reader

Though he faded into obscurity in the U.S., an early ’70s musician known as Rodriguez became a huge hit in South Africa and was widely rumored to have died. Two obsessed fans set out to learn the man’s true fate.

“The best, most touching, most humbling documentary I’ve ever seen about a musician I’ve never heard of.” The Spectator