Once Were Brothers: A Portrait of The Band 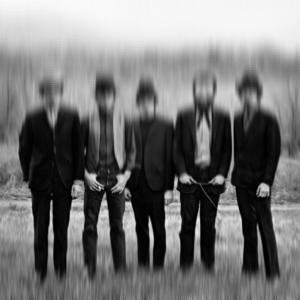 The Band had one of most legendary careers in the history of rock & roll. One of the most joyous, fractious, and, ultimately, American stories in the business. It has been told numerous times, from numerous points of view. Once Were Brothers, the documentary history of The Band streaming now in the Rose and Don Ciampa Virtual Cinema, is told primarily from the point of view of Robbie Robertson, the group’s guitarist, chief songwriter, and guiding spirit. It’s his story, based on his own memoir, Testimony. Interpretations may differ, but the story is still one of legendary camaraderie, genius, and disappointments.

In 1970, Time magazine featured them on the cover and called them “The New Sound of Country Rock.” But their country wasn’t the Nashville country of pedal steels and pickup trucks. It was something much older, rooted in the old-timey sounds of church-gospel organ, occasional fiddles and mandolins, ragged-but-right vocals, with a healthy dose of rhythm & blues.

Once Were Brothers paints Robertson as the man with a vision, but one which they all shared in. The Band was actually composed of four Canadians and an American (from Arkansas). Through their early history as the backup band for rockabilly singer Ronnie Hawkins (himself a transplanted Arkansan) to their middle period backing up Bob Dylan’s mid-‘60s folk-rock (was it even that, or something completely different?) and to their post-Dylan career as an emotionally powerful and frustratingly inconsistent recording and touring group, rock critic Greil Marcus has viewed them as pilgrims, the immigrants learning the psychic landscape of a new land, assimilating a culture they had only known second-hand.

How they did this was with a completely open appreciation for of the magic, as well as the tragedy, that the land had to offer them. Especially in the case of Robertson, the band’s chief songwriter, it opened up the imagination to a world of men and women, love and death, and history – living history – that existed in the breath and soil of the South, New England, the open plains, and the bustling cities. A world of promise and heartache, where people struggled against their loneliness in a vast community.

Most rock critics have praised The Band for their durable, unique style of rock. Their debut album, Music from Big Pink, sounded nothing like what they – or anyone else – had done before. Eric Clapton says he was so moved by the album he wished he could join The Band: “I wanted to go up to Woodstock and ask them if they might need a rhythm guitarist.” In his landmark book Mystery Train: Images of America in Rock ‘n’ Roll Music, critic Greil Marcus, taking a cue from The Pilgrim’s Progress, traces the presence of a unique voice, as if of a character, in and out of the different songs. He seems to be an Everyman, and a uniquely American one. There is, for instance, the voice that comes out of the mood of stark loneliness in “Lonesome Suzie,” but our man reaches out to help when he doesn’t have to. Even more mysterious is the voice, of whoever he may be, in “The Weight,” a tale of symbolic love, about “what men and women owe each other.” This same theme appears again in the traditional tune “The Long Black Veil.”

On The Band’s second album, The Band, everything is even more of a piece, with some of the band’s greatest songs capturing the joys and dangers that life in America affords. There is a sense of history, although perhaps not quite as oppressive as on Big Pink. Still, the band’s greatest hit from the album, “The Night They Drove Old Dixie Down,” refers, as Marcus says, not so much to the Civil War itself as the way “we each carry around our version of the event.” History, in other words, lives in the grooves of The Band and in the hearts of the people the Band sang about.

But ironically, The Band became their own portrait in futility and failure in the new land. The realities of their career – the pressures of recording and touring, of relating to their new audience and working with it – worked against the delicate balance they had achieved among themselves in relative obscurity. As they grew in popularity, they receded in the matter of their own relationships. Their third album, titled Stage Fright, reflected their collective self-doubt about their new status. Further albums were strained and formless. There were moments when the old fires were rekindled, such as the 1974 tour with Bob Dylan that (read the 1974 Rolling Stone concert review here for a surreal flashback).

By now The Band were more successful than ever, and with it came drugs, alcohol, reckless behavior, and internal strife. In his own memoir, drummer Levon Helm (the Arkansan in the group) pointedly blamed Robertson for exerting too much control in the group, to the point of deciding it was his prerogative to break up the band. Robertson, for his part, believed it was time to go out with a bang – a star-studded farewell concert dubbed The Last Waltz. Whoever you want to believe, it was one of the great rock concerts of all time. Thirty years later they inspired bands like Mumford & Sons and the reinvention of Dylan and The Band’s legendary mythology, The New Basement Tapes.

The Band, that bunch of outsiders who became the most American of rock & roll bands, wound up becoming an all-too-American story in themselves, a story filled with great triumphs and unfulfilled promises.